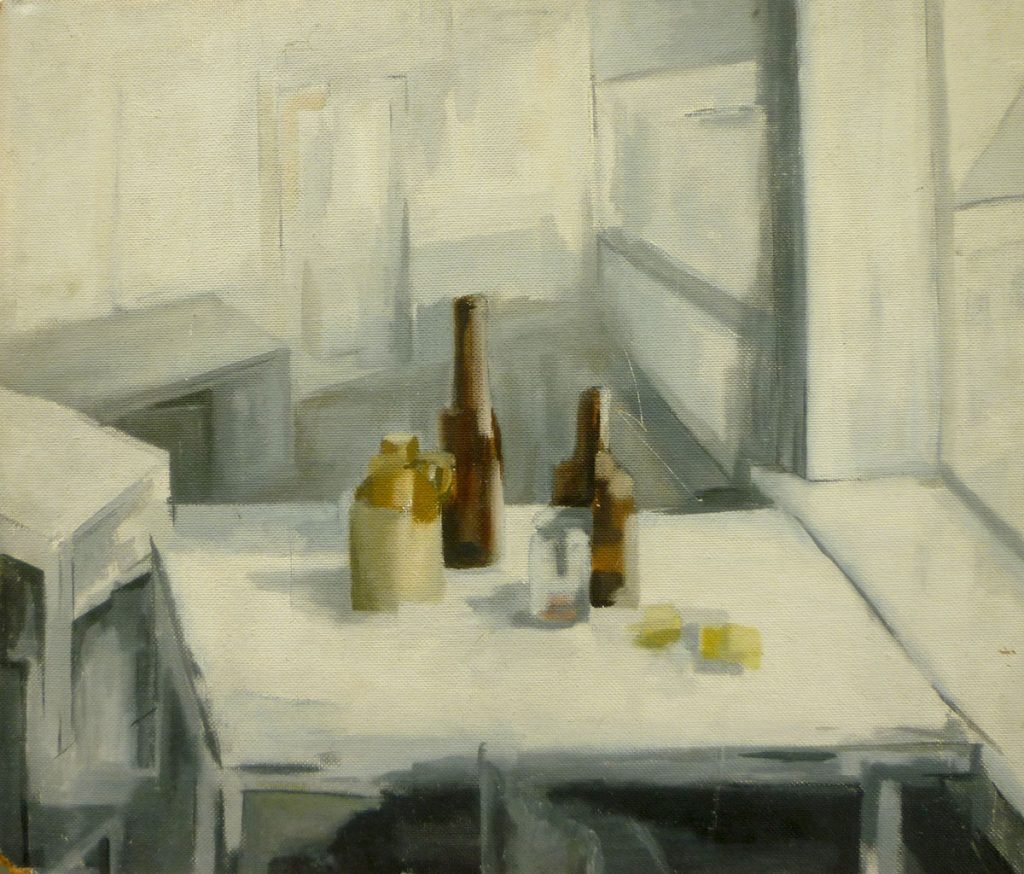 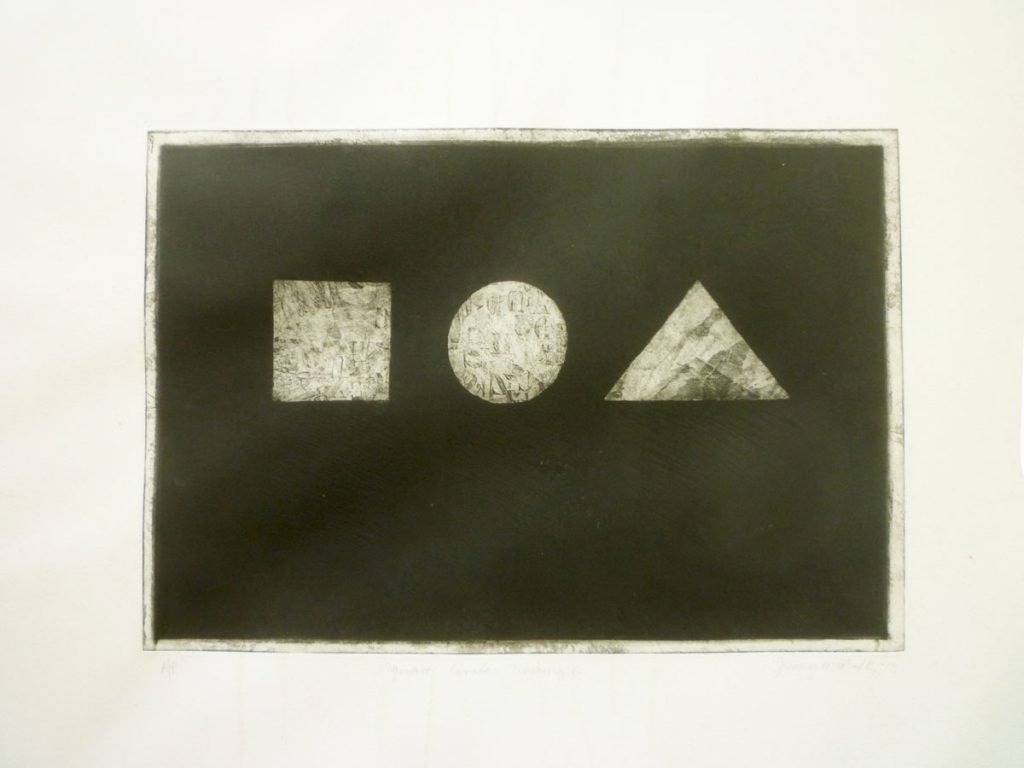 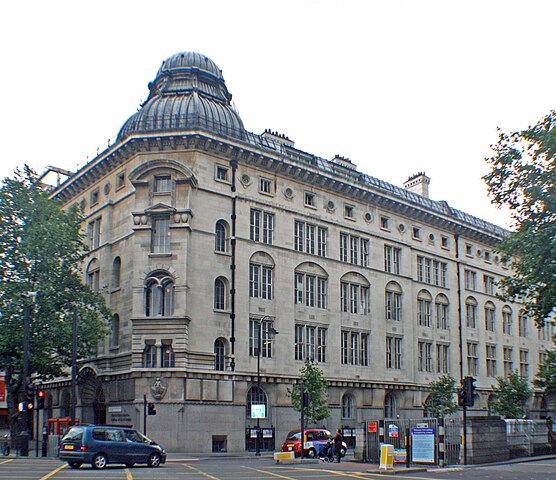 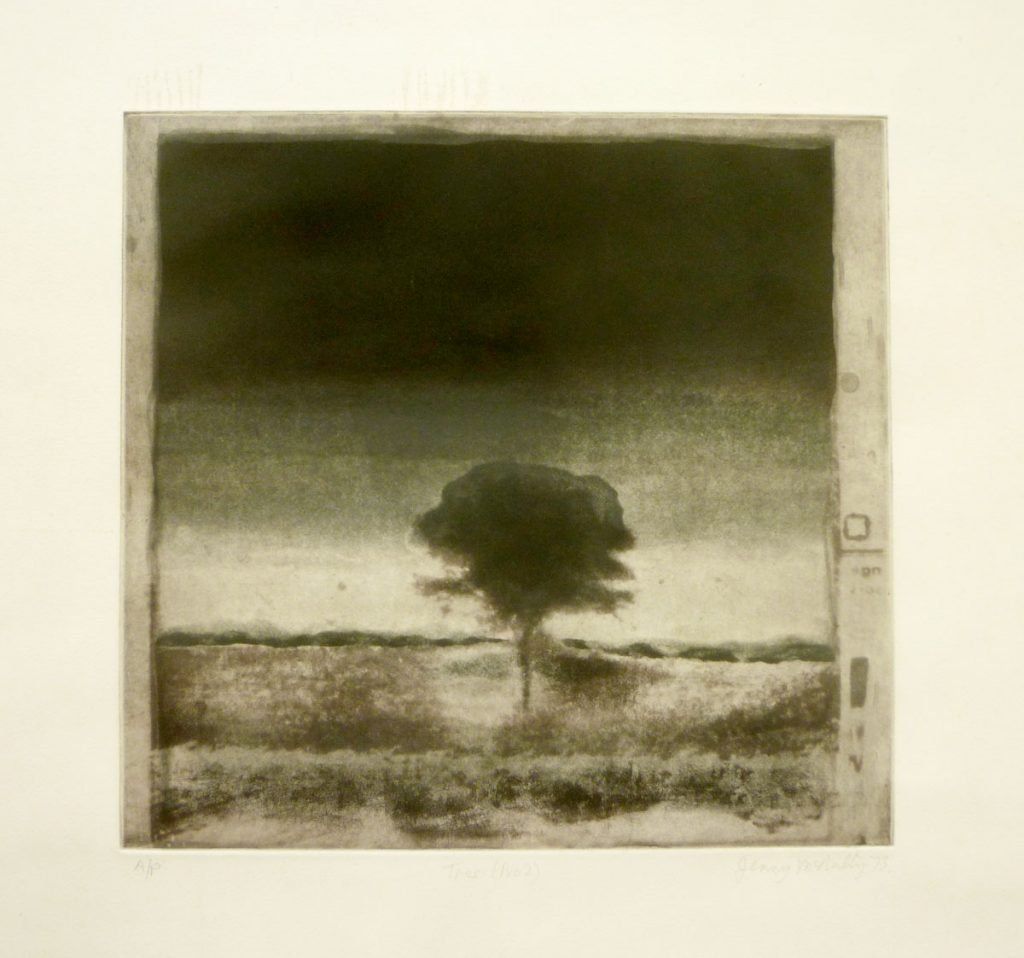 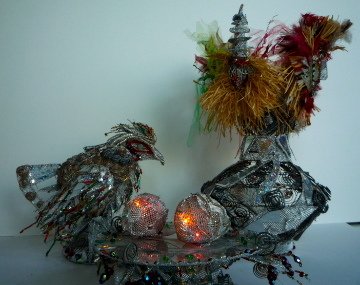 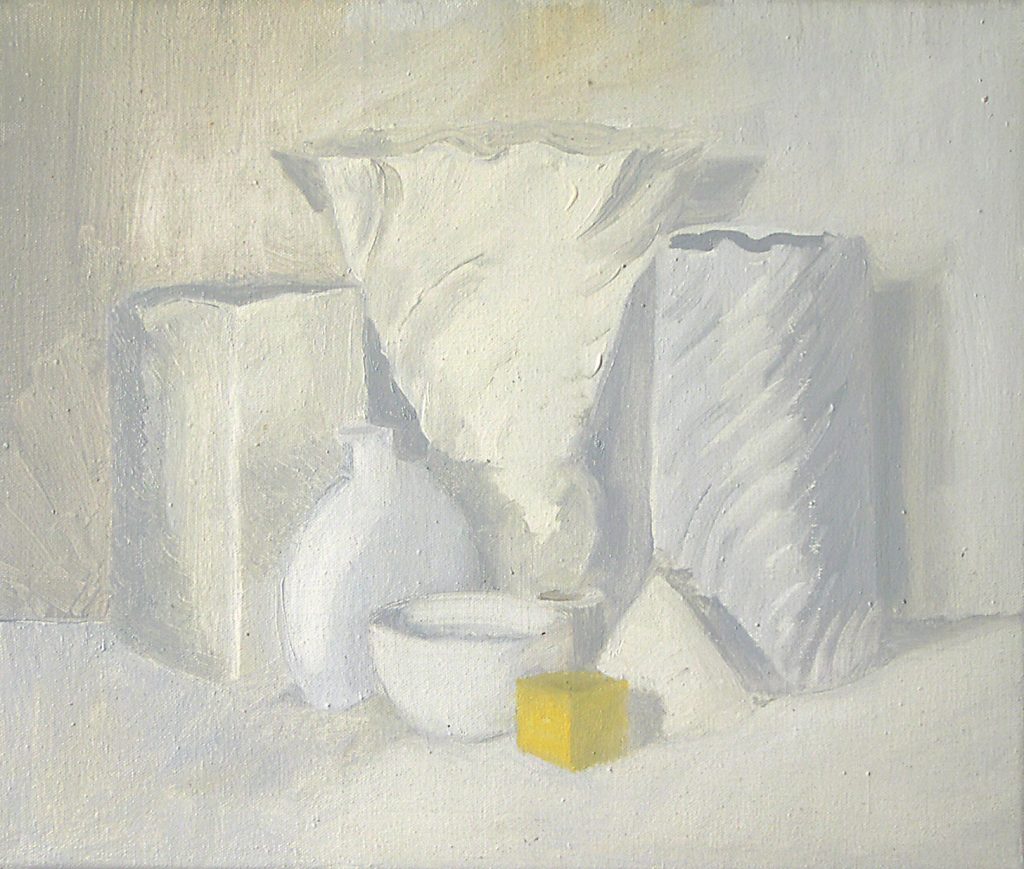 Continued voluntary work in Notting Hill and on the Children’s Carnival. 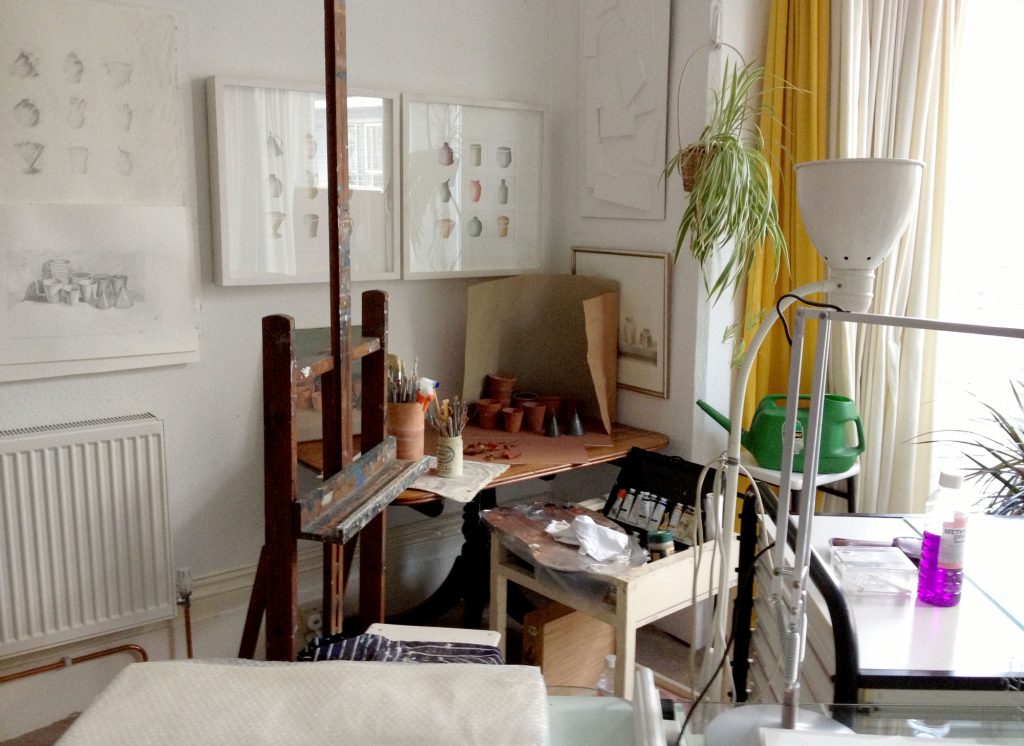 After retiring early she was able to concentrate on art. In 1999  she began a series of paper reliefs of 3 x 3 white grids of platonic shapes and pots.

Her work on the  Notting Hill Children’s Carnival led her to experiment with wire constructions as well as paper models of pots she had painted, and this led to ‘mobile still life’ using wire and mesh as well as paper, card and found objects. 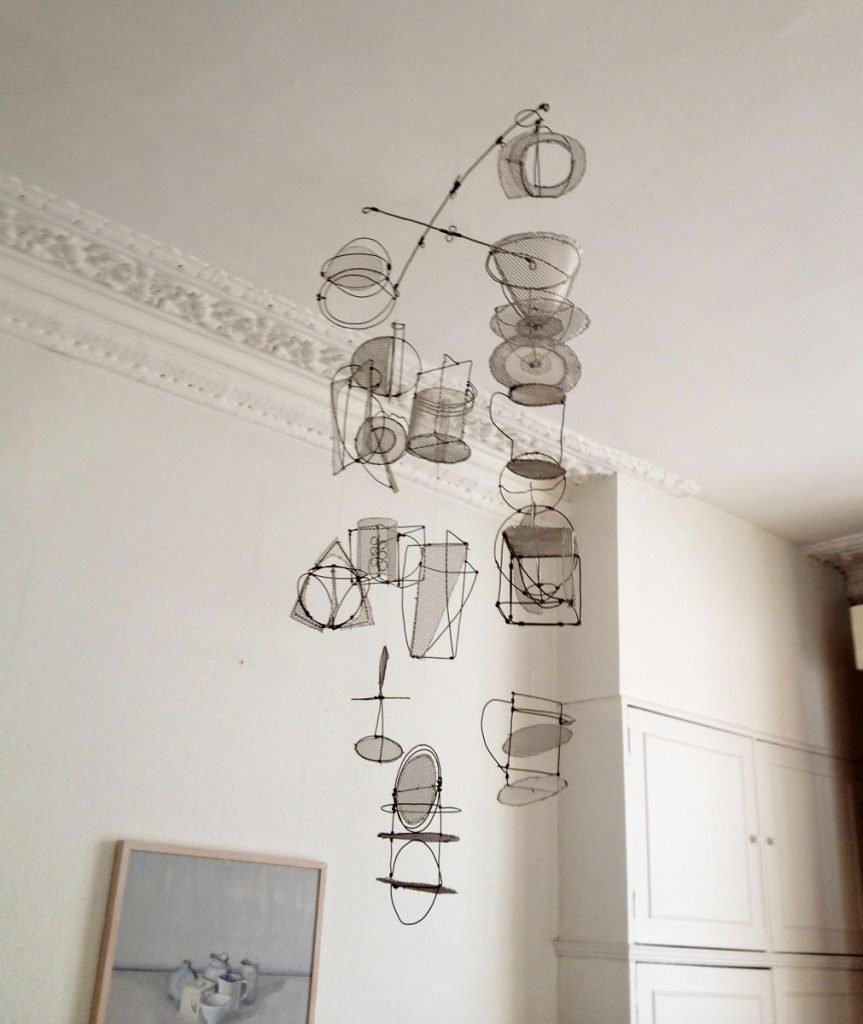 The paper relief series and mobiles continued and she began to use digital photography to help create mixed-media installations with wire mesh models to accompany oil paintings.

After a 12-year break, she returned to oil painting with the ‘ flowerpot sequence’ of 10 oil paintings, an expansion of a little sketch for a print she had made while still at Hammersmith in 1970. In the week she died she finished her last mobile and installed it herself on the studio ceiling.