“To convey a sense of wonder of the movement of within the very heart of things. Even the humblest clay pot is ultimately made up of molecules and, at the heart of these, the particles dance.”
Jenny McNulty

The mobiles may have begun as a playful conceit (mobile still life) when Jenny suspended mesh models of pots on wire hangers, and made them turn.  But her focus remained the mystery of matter. Working with wire and mesh allowed her to show ‘perception of the form as whole and their underlying structures’.  After actual pots she modelled their underlying geometry.  The last and most complicated look to the sky and Universe but always, channelling Arte Povera, are made only from wire, mesh, paper and occasionally found objects.

All the mobiles on this page come from the studio or family members.  Some titles come from the Artist’s photographs, but most are unknown.  All were made between 1997 and 2016 but only a few can be dated precisely.

Still Life mobiles show the same pots she had previously depicted in print, oil and from paper, as well as modelling them in wire.  Quantum Still Life may have been the first – her own photographs show the beginnings of a static display which is then hung in a faux lampshade. 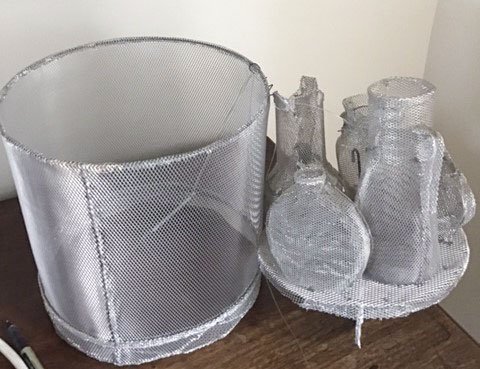 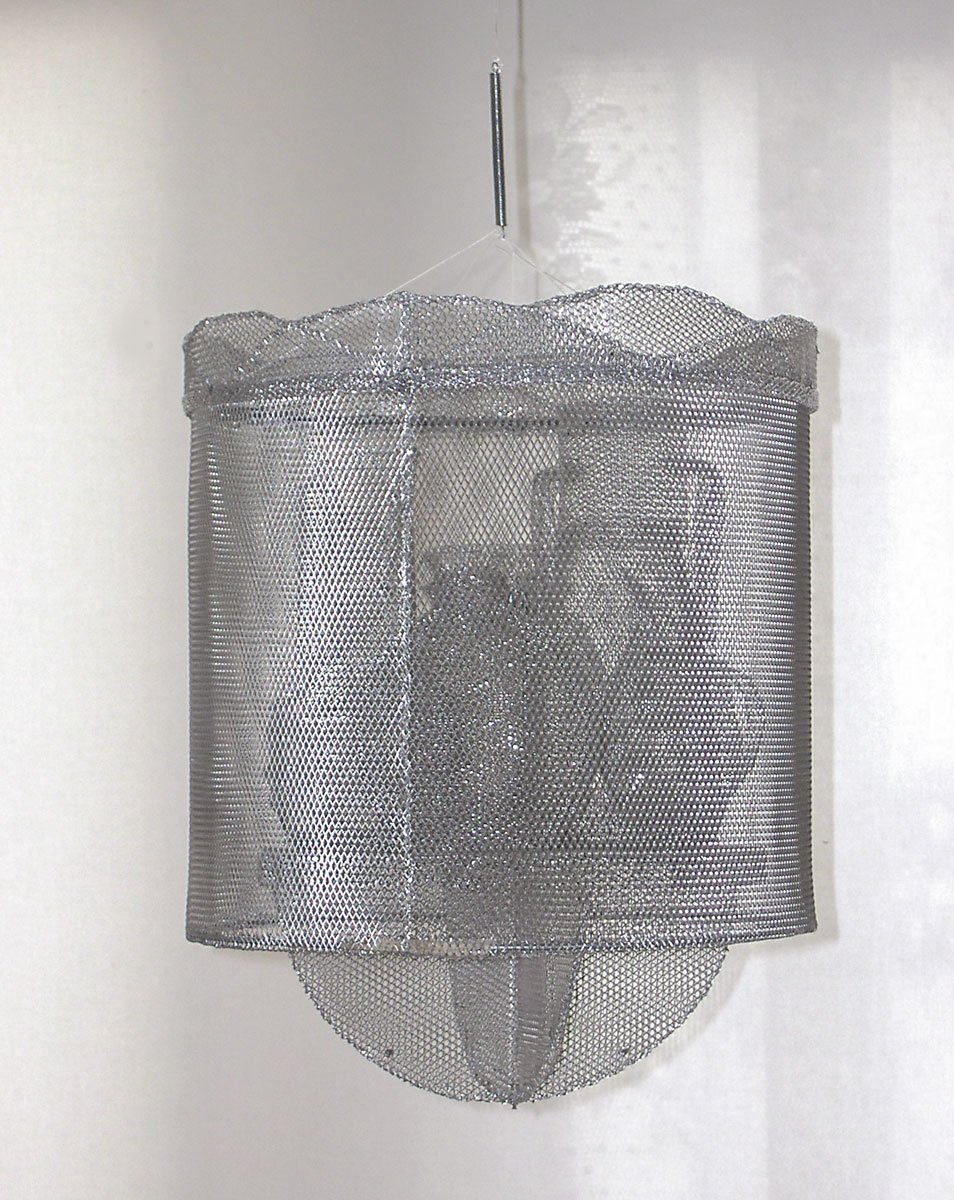 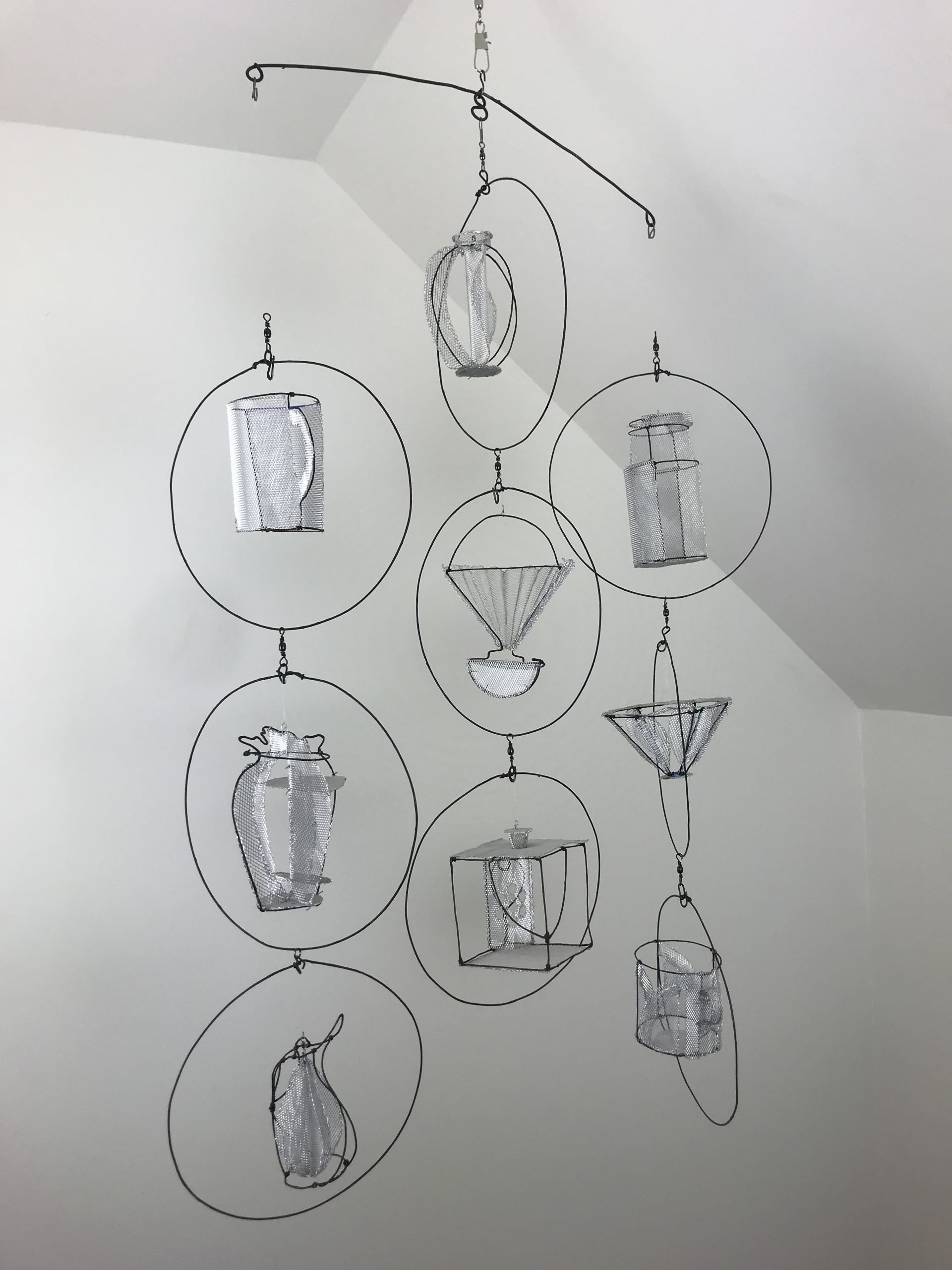 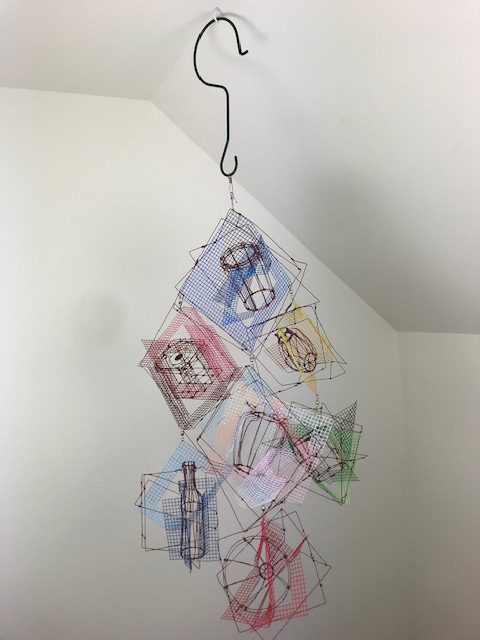 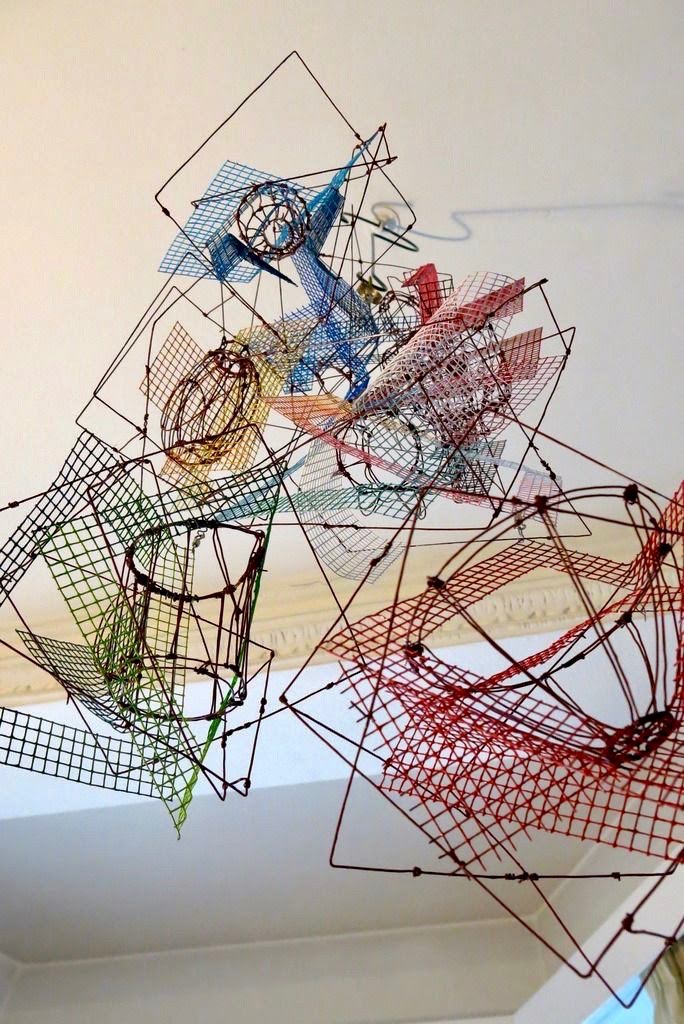 Enmeshed Still Life (seen from below). 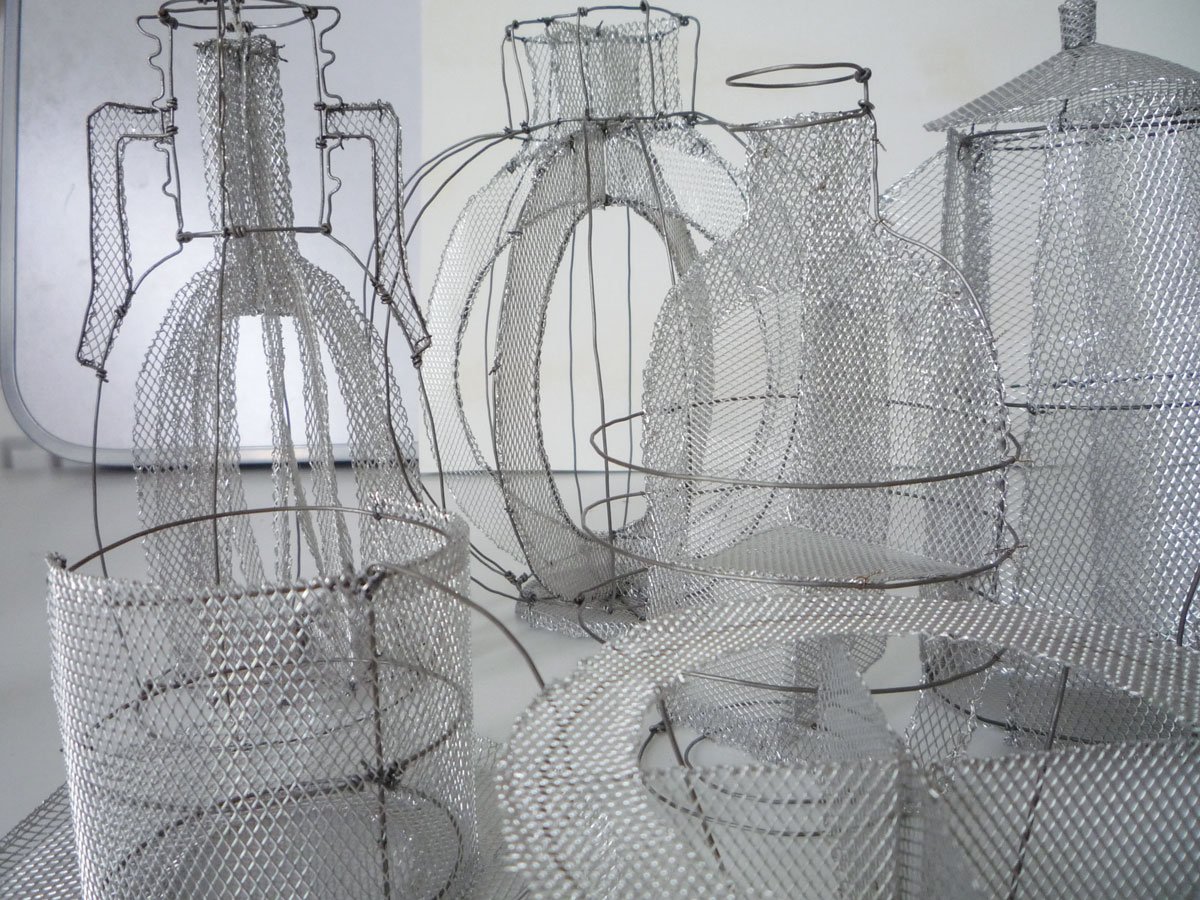 The first mobiles using platonic shapes were constructions of squares, circles and triangles, the different patterns, which emerge as they turn, look back to the Paper Reliefs.  But as they developed the models became more elaborate and abstract. 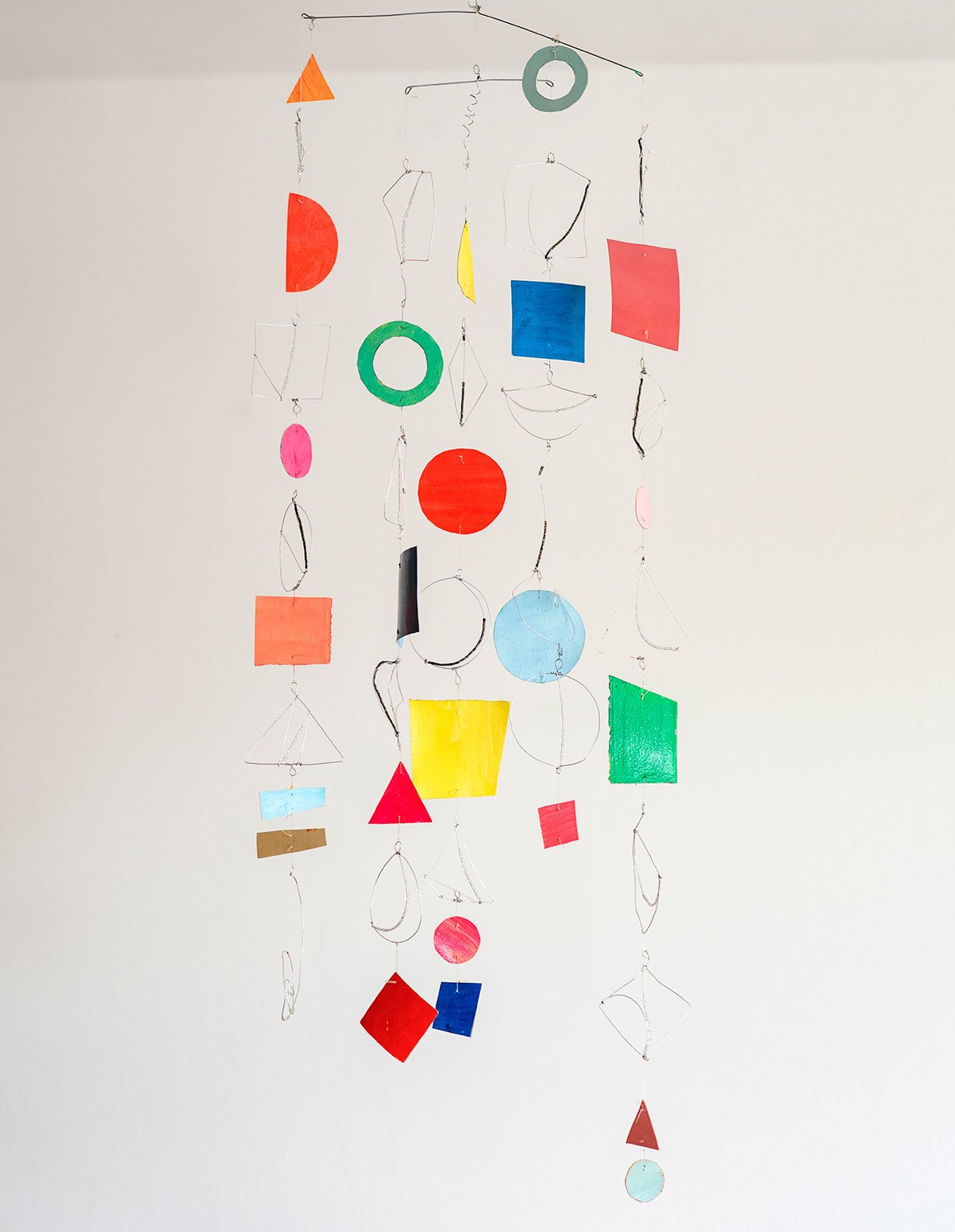 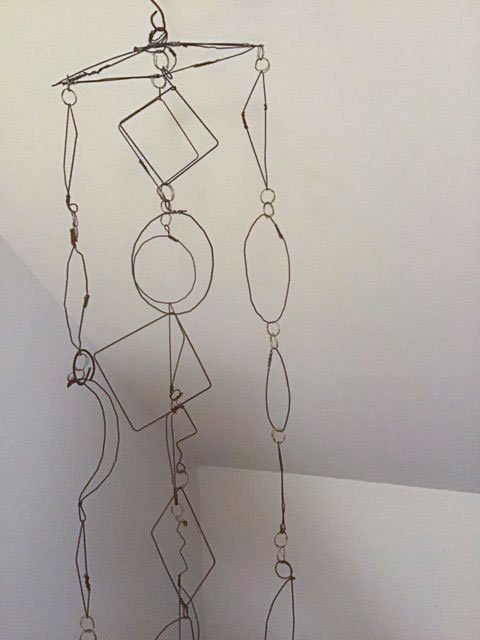 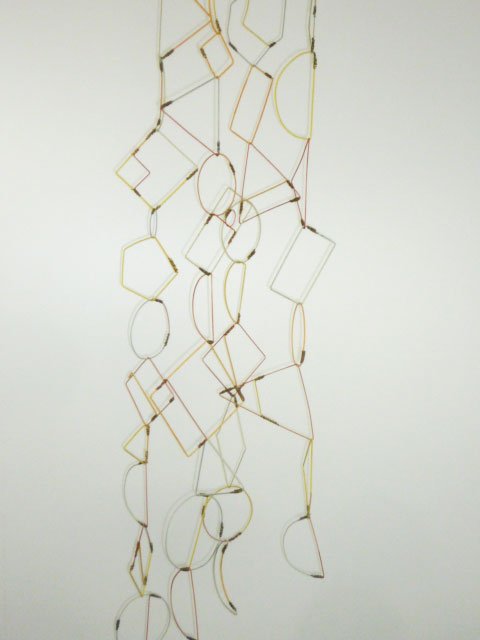 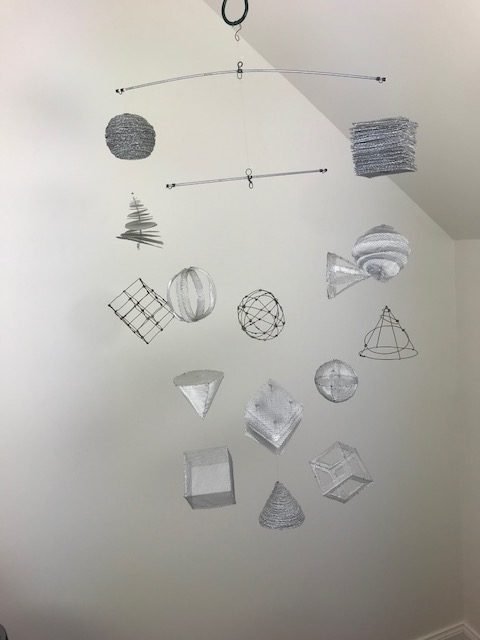 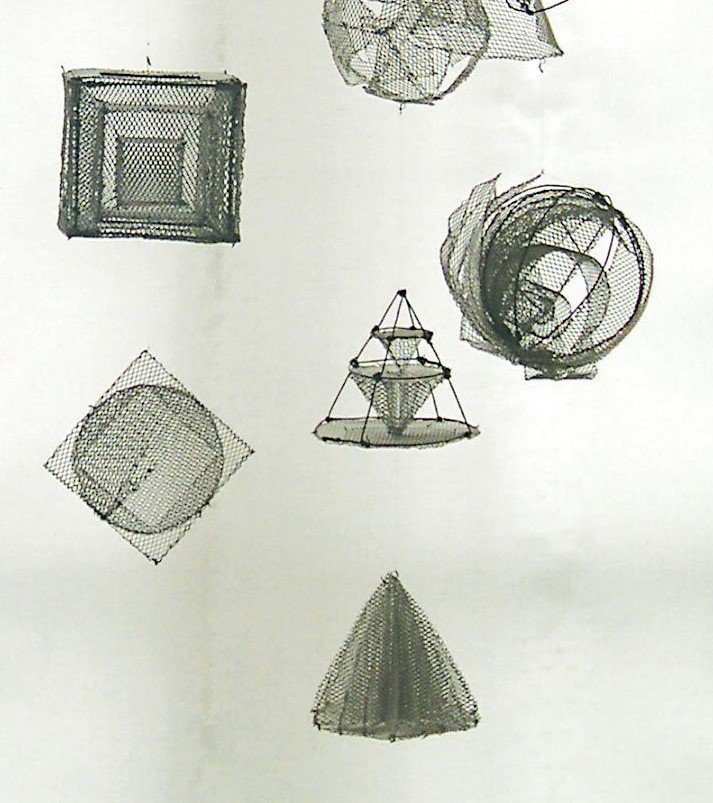 These mobiles unambiguously link particles in pots and particles in stars. Plato’s Planet and Universe were given titles by the Artist herself.  We have named the others to make identification simpler. 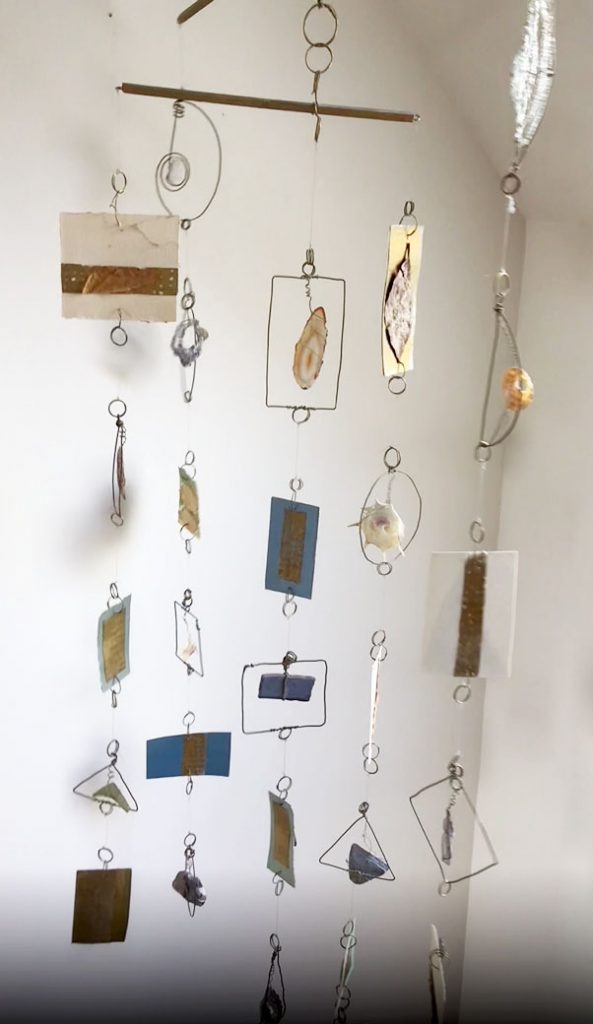 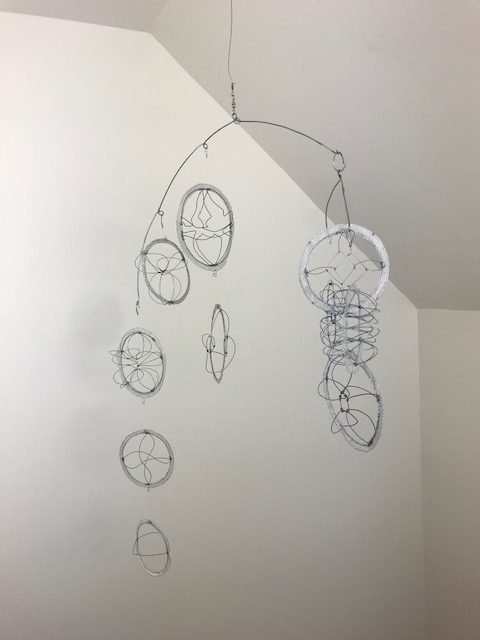 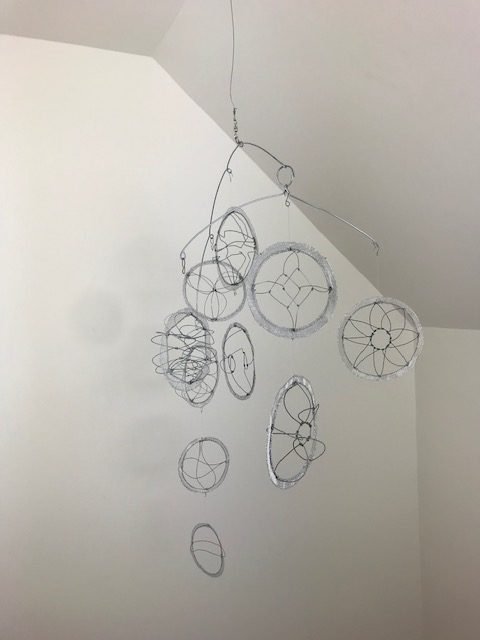 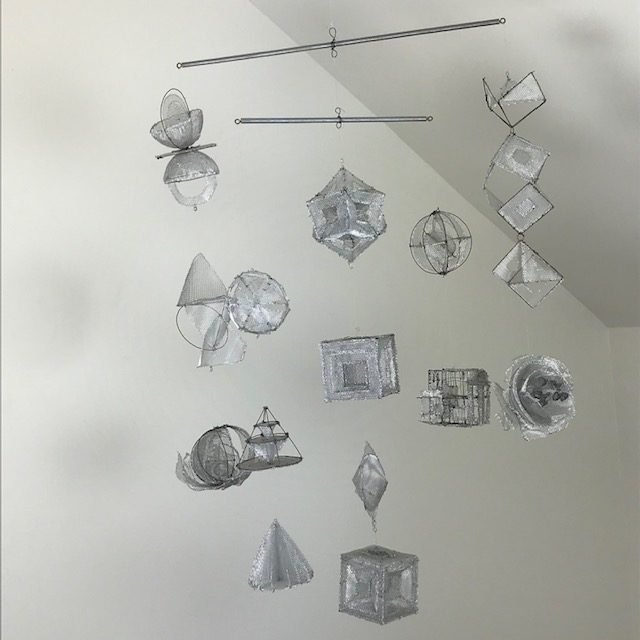 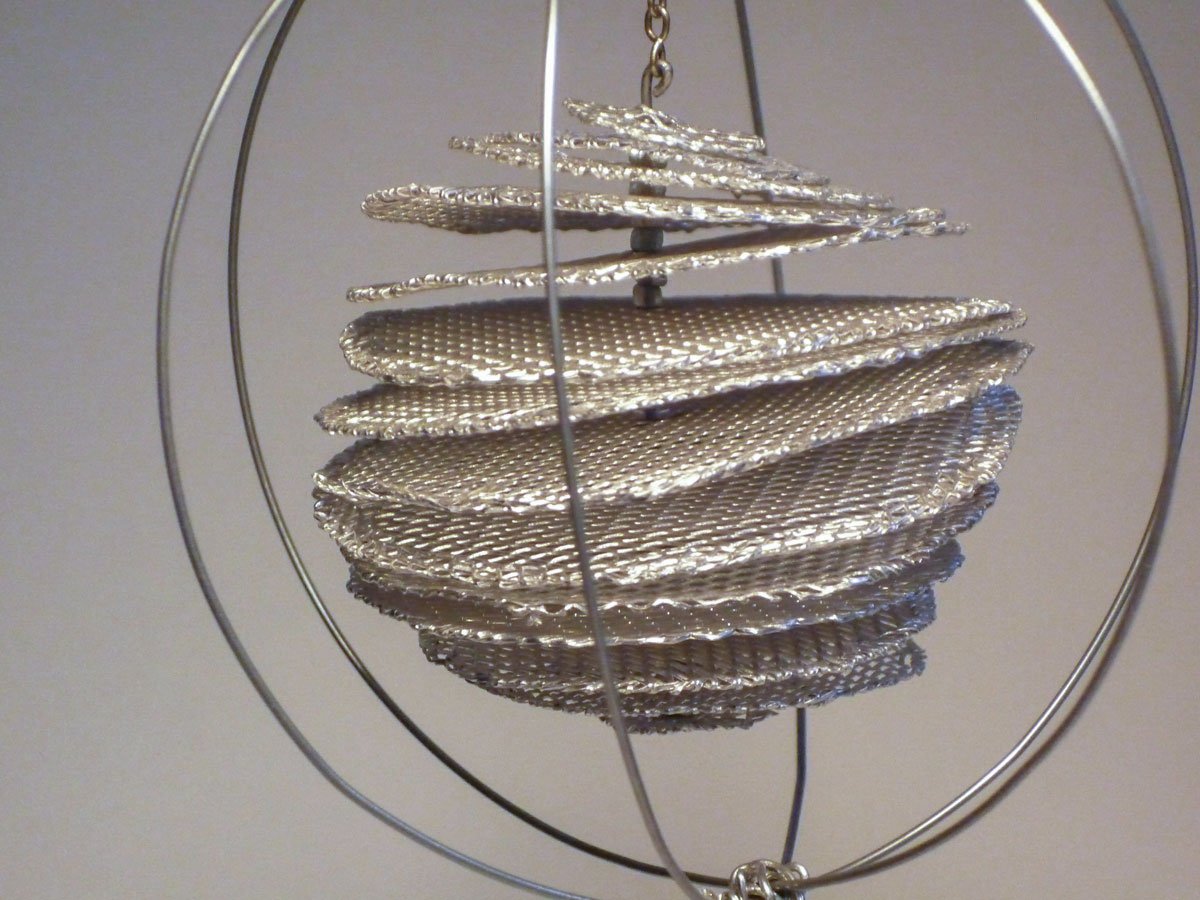 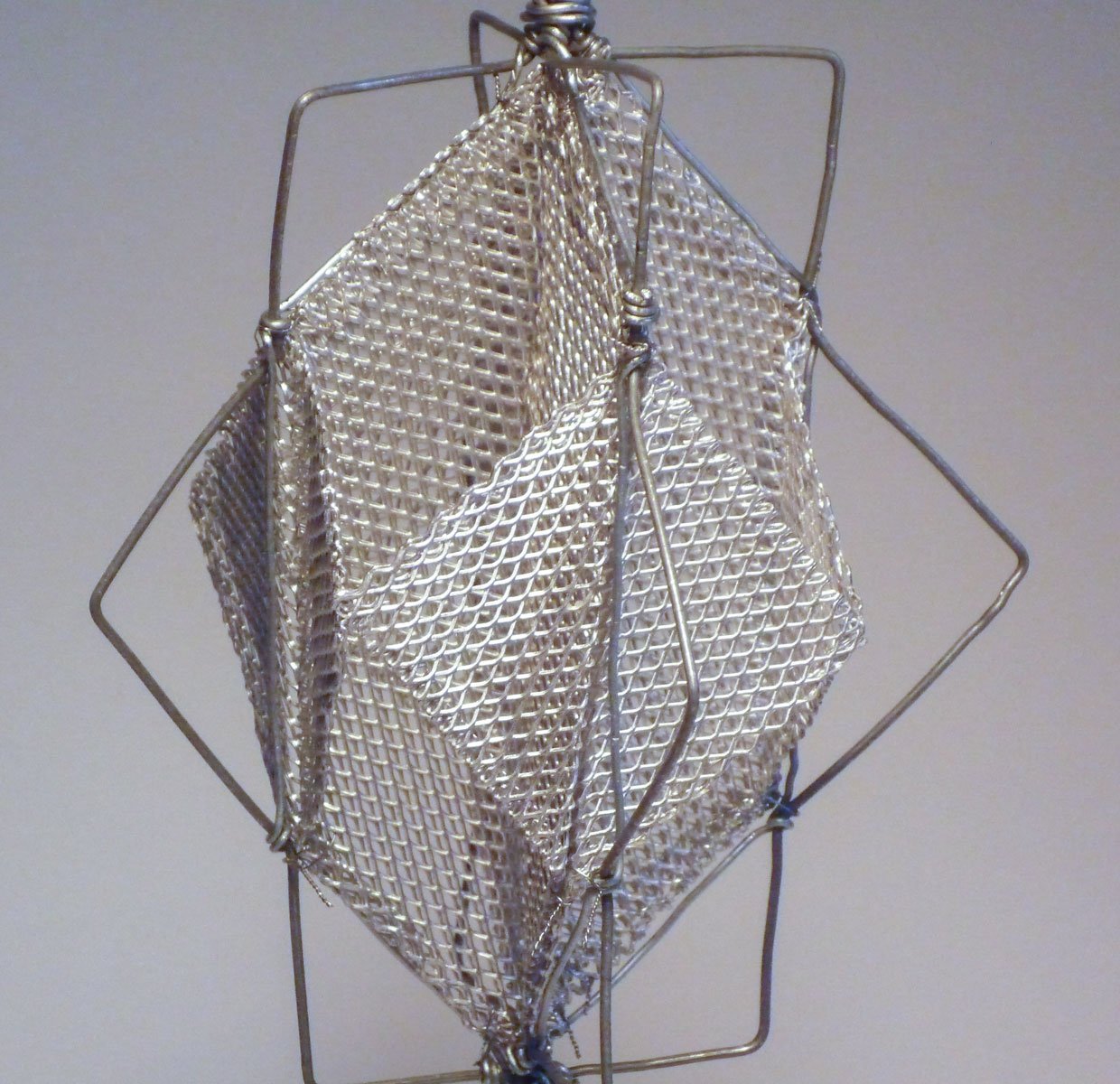 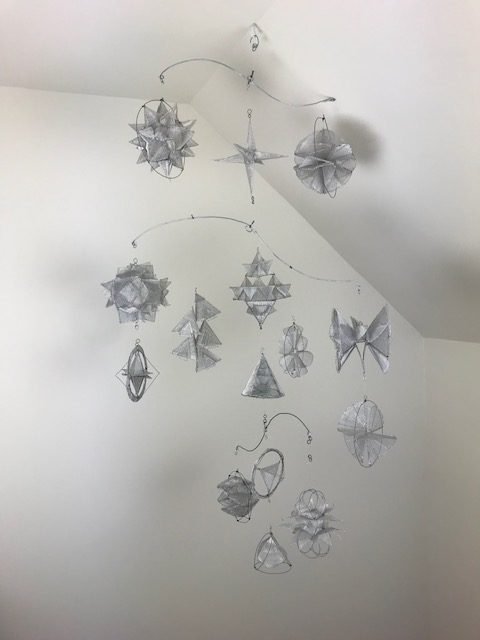 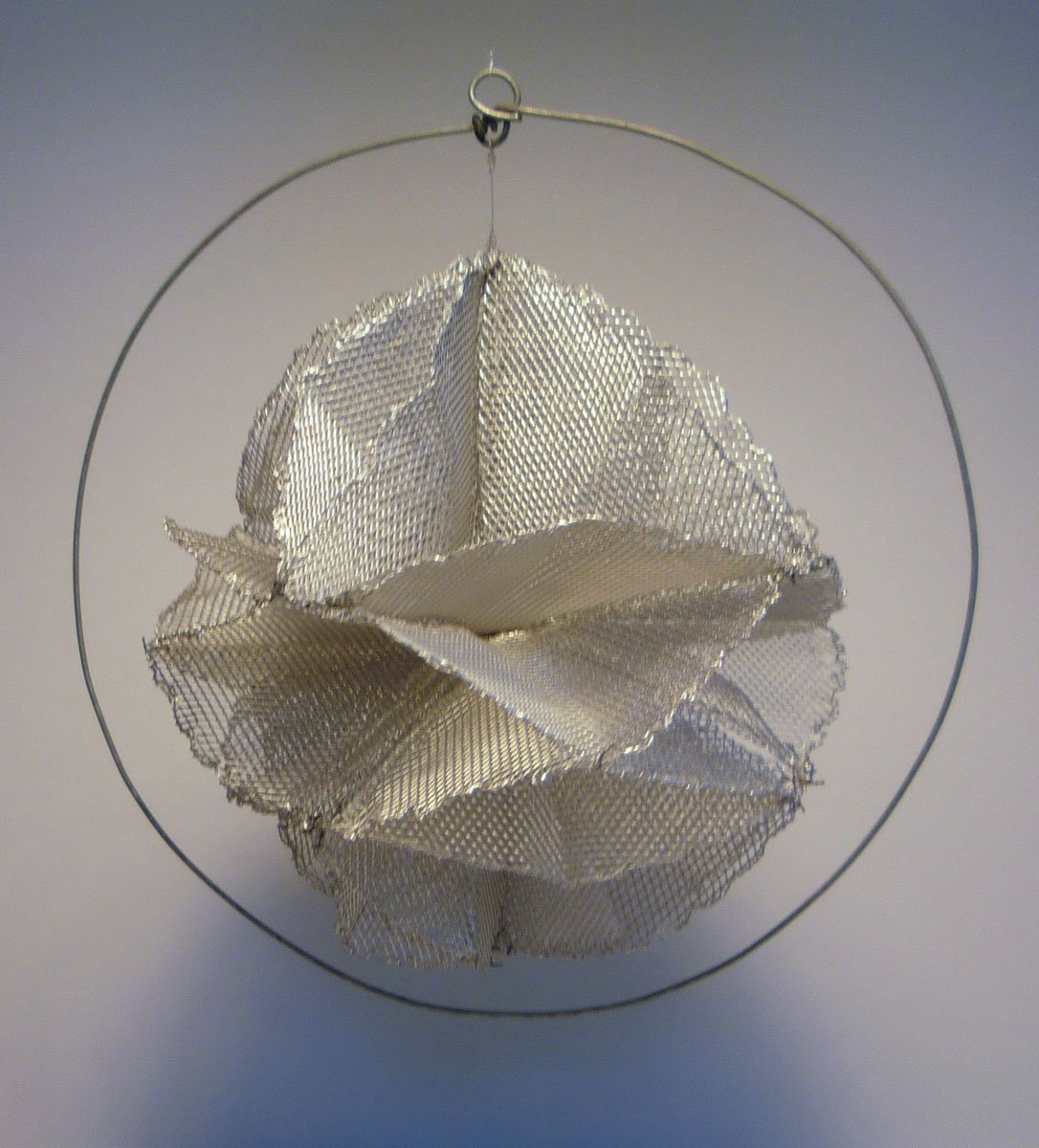 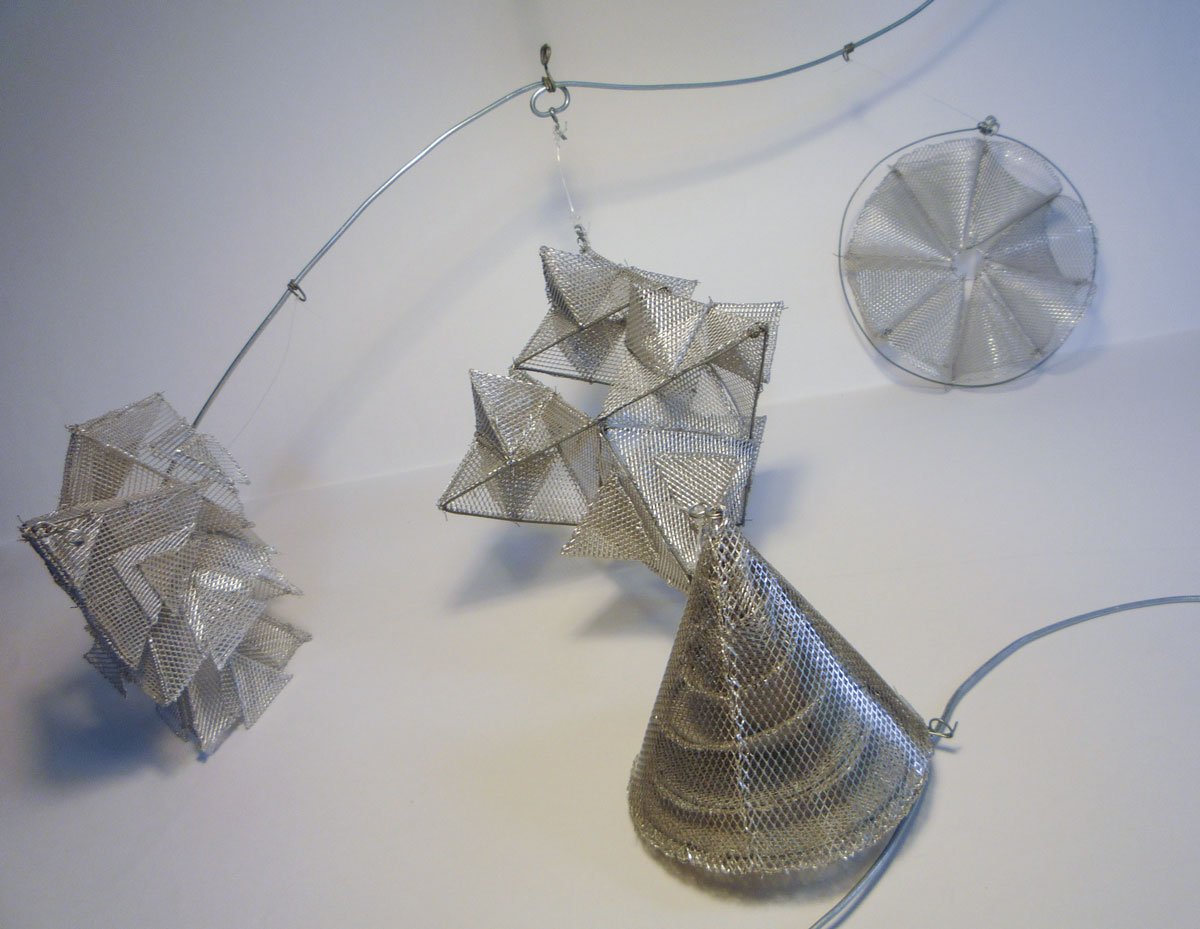 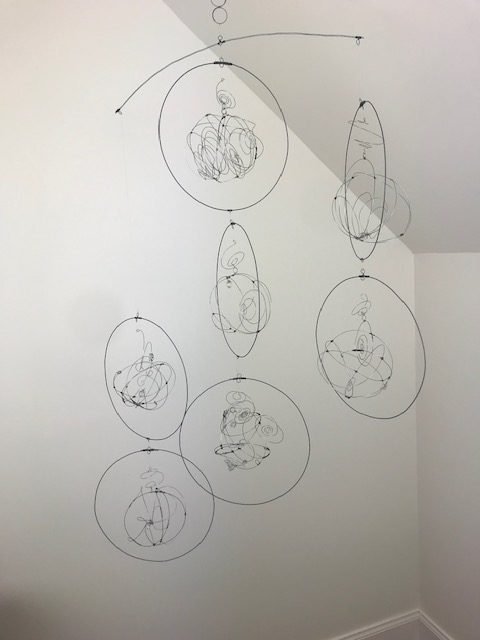 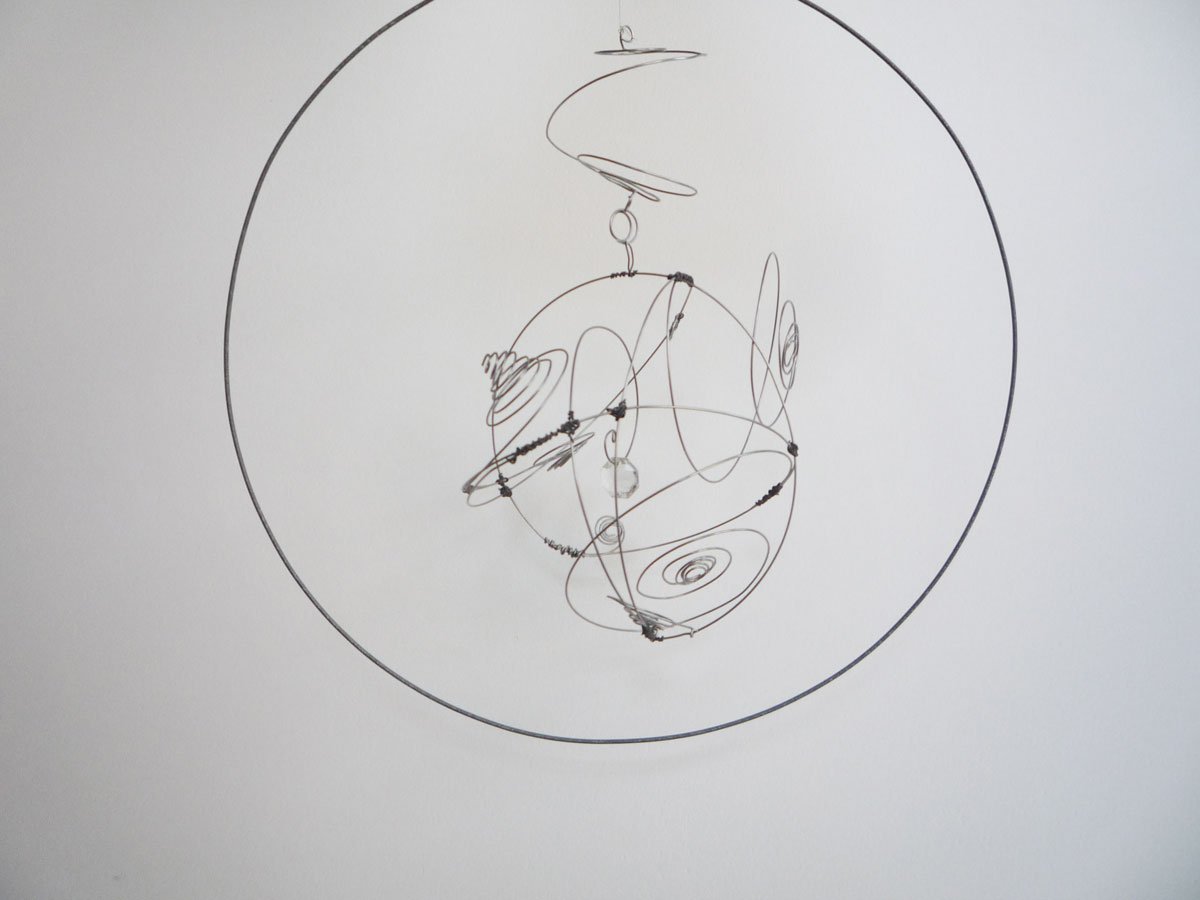